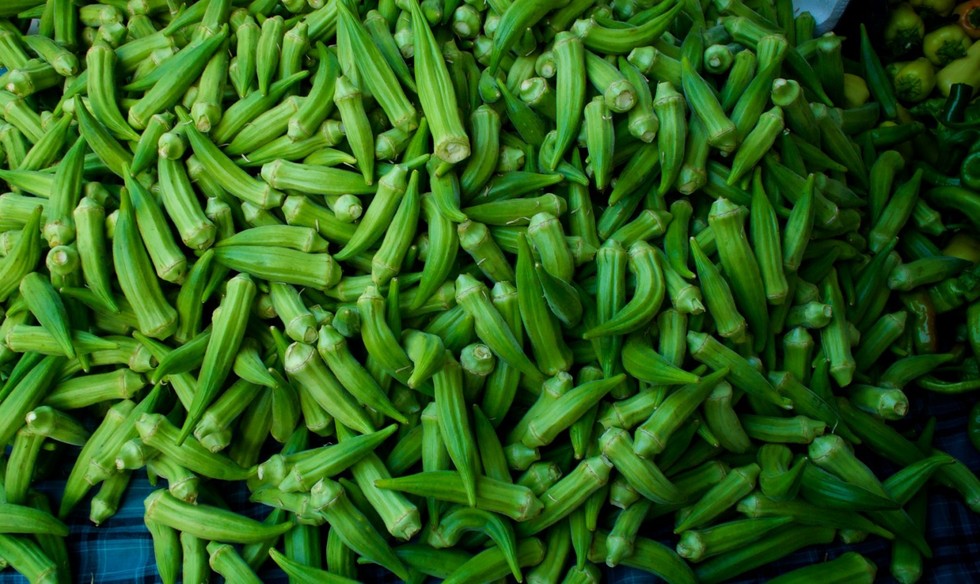 Georgia police raided a retired Atlanta man's garden last Wednesday after a helicopter crew with the Governor's Task Force for Drug Suppression spotted suspicious-looking plants on the man's property. A heavily-armed K9 unit arrived and discovered that the plants were, in fact, okra bushes.

The officers eventually apologized and left, but they took some of the suspicious okra leaves with them for analysis. Georgia state patrol told WSB-TV in Atlanta that "we've not been able to identify it as of yet. But it did have quite a number of characteristics that were similar to a cannabis plant." Indeed! Like cannabis, okra is green and it has leaves.

Okra busts like these are good reason for taxpayers to be skeptical about the wisdom of sending guys up in helicopters to fly around aimlessly, looking for drugs in suburban gardens. And that's not to mention the issue of whether we want a society where heavily-armed cops can burst into your property, with no grounds for suspicion beyond what somebody thought he saw from several hundred yards up in a helicopter.

Marijuana eradication programs, like the one that sent the helicopter up above the Georgia man's house, are typically funded partly via the Drug Enforcement Agency's Cannabis Eradication Program. Many of these funds come from the controversial asset forfeiture programs, which allow law enforcement officials to seize property from citizens never even charged - much less convicted - of a crime.