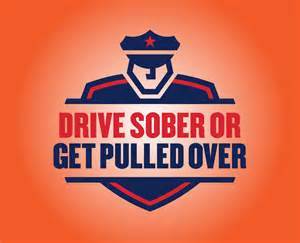 While the holiday season can also mean the drinking season for many partygoers this winter, the Governor's Office of Highway Safety and TEAM Georgia are warning Georgia motorists that ‘tis the season is not an excuse to drive impaired. During the holidays and any day of the year, there is never a reason to drive drunk. TEAM Georgia and GOHS are coming together for the Safe Holiday campaign, which urges businesses and private party hosts to make the safety of their guests and patrons the reason for the season. The campaign involves area bars and restaurants displaying Safe Holiday information, offering a free non-alcoholic drink to designated drivers and informing patrons about Checker Cab's Free Ride Home. Safe Holidays reaches thousands of Georgia businesses with safe celebration suggestions, as well as safety and legal reminders for partygoers.

`We observe popular holidays like Christmas, New Year's and St. Patrick's Day to bring together members of the business community to encourage their patrons to have fun, but responsible holiday celebrations, which often entails some element of alcohol consumption,” said TEAM Georgia Chairman Ron Fennel. “We know the highest number of traffic crashes occur in the last three months of the year and such crashes are six times more likely to be fatal when an impaired driver is involved. That is why for nearly 30 years, TEAM Georgia has launched this Safe Holiday campaign during the holiday season along with our partners in law enforcement, GOHS and our growing family of supporters of the safe driving message.”

During the 2013 holiday travel period (Nov. 20 – Dec. 31), there were nearly 44,000 traffic crashes that resulted in 13,142 injuries and 160 fatalities in Georgia. Impaired drivers caused 18 of those fatalities. `We want the holidays to be a time of joy, not sorrow,” said GOHS Director Harris Blackwood. “We want people to celebrate and while we're not telling revelers to abstain from drinking, we are telling them to designate a sober driver before the party even starts. Whether it's having a designated driver or programming cab company numbers into your phone, have a plan.”

GOHS is also reminding Georgia motorists that a sober ride home is always within their reach by downloading Drive Sober, Georgia, the free smartphone app available for both Apple and Android devices. The app lists both paid and free sober ride programs available statewide. AAA, a TEAM Georgia partner, will also be offering their free Tow To Go program Christmas Eve through 6 a.m. on New Year's Day. Guidelines for the program can be found at http://autoclubsouth.aaa.com/safety/tow_to_go.aspx.

TEAM Georgia is a safe and sober driving coalition with a mission to reduce crashes and injuries on Georgia's roadways and waterways. The organization draws on the support of public safety officials, law enforcement, professional sports team and venues and volunteers to help end impaired driving. For more information on TEAM Georgia, visit www.teamgeorgia.net and for more information GOHS and its impaired driving initiatives, visit www.gahighwaysafety.org.