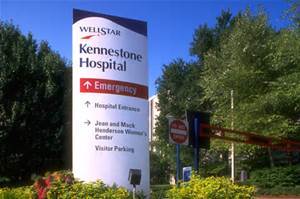 Police and prosecutors in at least four metro counties say a big hospital system policy could hamper their efforts to put drunk drivers behind bars.

They say WellStar Health System recently put up a big road block between them and a growing number of DUI cases in Cobb, Paulding, Cherokee and Douglas counties.

Police say the policy prohibits hospital staff from performing blood tests on non-consenting DUI suspects, even if they have a search warrant.

"Whether it's drugs or alcohol or both, it definitely hampers the investigation,” Cobb County police Officer Alicia Chilton said.

Police say WellStar will no longer draw blood from alert DUI suspects without their direct consent. A court order can compel a suspect to give up blood, but can't force the hospital to take it.

Morgan told Channel 2's Aaron Diamant that those blood tests can be a key factor for convictions. He says he thinks more search warrants are the main reason he thinks the issue has come up more lately

In an email to Channel 2 Action News, a WellStar spokesperson said it works to cooperate with law enforcement, but that this is a long-standing policy.

"We have long-standing policies that do not allow our caregivers to take blood samples without patient consent. This is for the safety of everyone involved. Our caregivers are trained to care for our consenting patients. Our policy does not restrict law enforcement from carrying out a warrant or interfere with those efforts,” the statement said.

Diamant confirmed that several local prosecutors and police leaders met with WellStar execs last week. Cobb's solicitor says it's his understanding that Wellstar will continue to draw blood from unconscious DUI suspects under the state's implied consent laws if police have a search warrant.

Diamant also contacted reps from Grady, Northside, and Piedmont hospital systems. Only Grady responded. They say their policies are similar to WellStar's.