A.L. was pulled over near Lake Blackshear for making a left turn without using a turn signal.  She performed field sobriety testing including blowing into a portable breath testing device which came back positive for alcohol.  She also allegedly failed the Horizontal Gaze Nystagmus (HGN) test with a reported 6/6 clues. After being placed under arrest, she gave two samples on the Intoxilyzer 5000 of 0.124 and 0.137 grams.   At trial, an expert witness testified that the HGN test was improperly performed, and should have been excluded prior to trial.  Futhermore, the expert was able to pinpoint officer error that could have skewed the Intox results, including radio frequency interference (RFI) from the officers cell phone, as well as his failure to observe the full twenty minute observation period prior to running the test.  After the trial court judge gave a directed verdict of acquittal for the failure to use turn signal charge, the jury came back "not guilty" for DUI after deliberating less than 15 minutes. 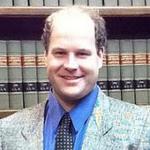