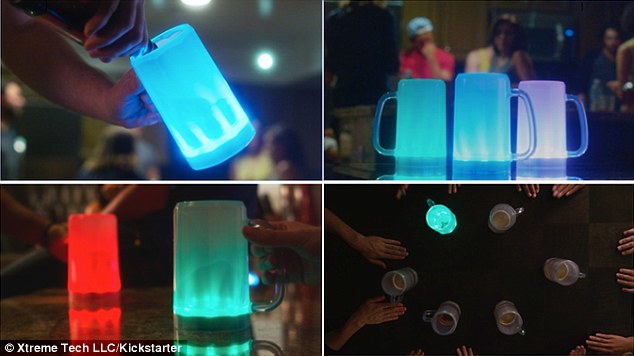 Everyone has that friend who instigates a wild night out, encourages you to have one drink too many, but gets you home in one piece.

Now there's a 'smart beer mug' that does a similar thing.

Fitted with sensors, the ePint lights up when it is empty, keeps track of the number of drinks its user has sunk and can even suggest ordering a cab at the end of the night.

Start-up Xtreme Tech, based in Los Angeles, California, is raising money to put the gadget into production on Kickstarter.

The firm audaciously describes its invention as 'Vegas in a cup'.

The ePint also has a built-in weight sensor to track how much liquid it is holding, accelerometers and LEDs that flash and change colour, as well as a bottle opener so it can be filled with beer quickly.

Using the fluid detection sensor, the gadget knows when a user needs another drink and lights up to show it is empty.

A promotional video said: 'The ePint is hospitable enough to know when you need a refill and responsible enough to contact a cab when the party's over.

'It's no longer just for drinks.

'The ePint is your friend and you partner in crime.'

The device connects to a smartphone so users can keep track of how many drinks they have consumed.

Using information from the app, the cup can also be made to light up every time a football team scores and display their colours.

Users can additionally programme their own commands using the open API - a set of rules used for building apps - so the cup can respond to any number of events.

This could include linking with a taxi app.

When a certain number of drinks have been drunk, or the clock strikes midnight, the ePint could automatically call for a cab.

Other features of the mug include built-in drinking games which lets a number of cups can be linked together to play.

And the device has a rechargeable battery 'that will last longer than you do at a party.' 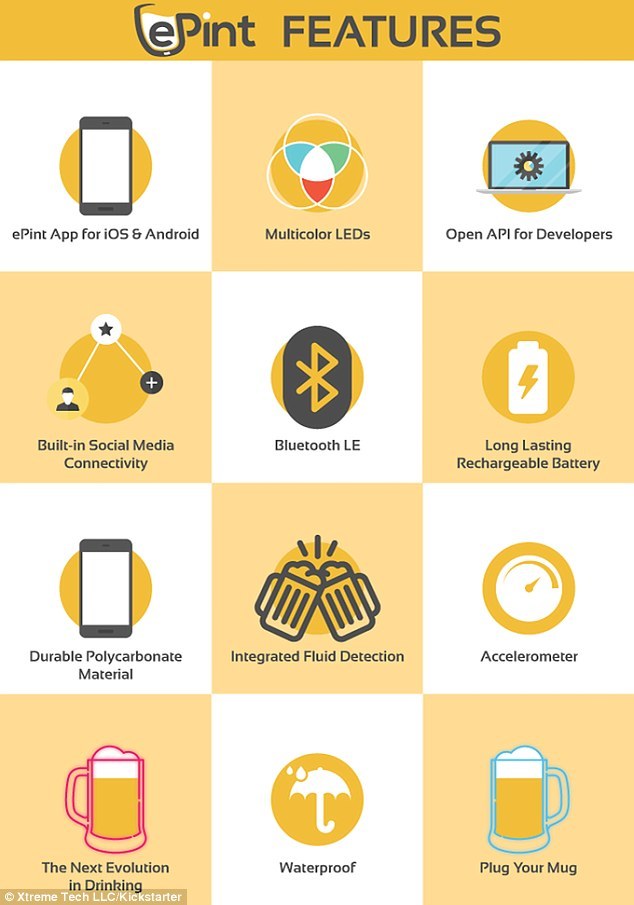